Here are some photos I've taken in Montauk - 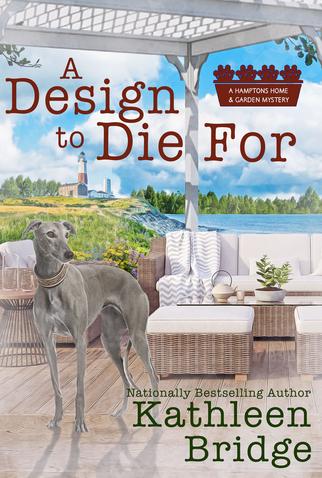 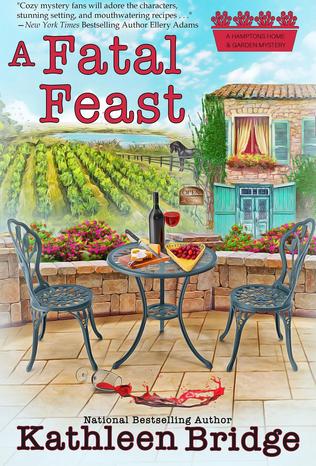 Tensions are high on the eve of the grand opening of Privé, an exclusive gourmet dining club that interior designer Meg Barrett played a large part in decorating. With just the well-heeled owners, the kitchen staff, and Meg gathered for the pre-opening feast, it seems that everyone in the small group is airing their grievances, with their most venomous attacks directed at the notorious sous chef. But it still comes as a shock when the young woman is found dead the following morning, and Meg knows she’ll have to go into sleuthing mode to discover who had murder slated for the main course.

The most obvious suspect is the bitter winery owner next door, who’d been forced to sell her family’s French farmhouse to the owners of the dining club. But rumors are swirling of an affair between the victim and one of the owners, and clues begin to surface suggesting that the young woman was holding something over the owners’ heads. With the Hamptons elite closing ranks, Meg begins to think she may be out of her depth—and next on the killer’s list—because money can make for a powerful motive, and there are some secrets a person will kill to protect . . . 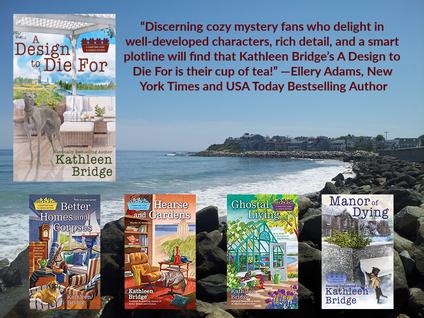 Manor of Dying, A Design to Die for published by Beyond the Page Publishing

Mystery in Montauk: Kathleen Bridge Writes a Sleuth in the Hamptons

This is the Hamptons!

Kathleen Bridge's "A Design to Die For,"

Combine the lighthearted mystery of Murder, She Wrote with local history and lore and you’ll get Kathleen Bridge’s Hamptons Home and Garden series. With five books and counting, the Hamptons Home and Garden series follows local interior designer Meg Barrett, who stumbles upon mysteries steeped in the culture and legacy of the East End. The latest book in the series, A Design to Die For, was just released.

“I lived on Long Island for about 30 years and we used to go out to Montauk all the time,” says Bridge. “A lot of times, we’d go off-season, but in the summer, too. I absolutely fell in love with it and that’s where I got the ideas for the Hamptons Home and Garden Mysteries.” The series falls into the cozy mystery subgenre, which usually focuses on an amateur sleuth who stumbles onto a mystery in their community. While the crimes can include murder, they’re not depicted violently and the story is typically lighter than other detective fiction.

Each book in Bridge’s series sees Meg enveloped in a mystery in a different East End neighborhood and utilizes local history. Better Homes and Corpses includes references to the East Hampton Dominy family, Hearse and Gardens features a missing Warhol painting, Ghostal Living takes place in Sag Harbor and explores the literary side of the Hamptons with an unknown F. Scott Fitzgerald manuscript, Manor of Dying takes place on Shelter Island and the latest takes place in Montauk.

It was a love of Montauk and the ocean that led Bridge to create the character of Meg. “I honestly wanted a cottage badly on the ocean, that’s why I created the character,” Bridge says. “I used to go out there and bump into Martha Stewart and buy some of her things. I just love the area. I love mysteries and antiquing and thought I’d write this book. I didn’t even know what a cozy mystery was when I wrote this book and it’s a really big genre!”

Bridge has always loved mystery novels. “I love Nancy Drew,” she says. “I love gothic romances, Sherlock Holmes, Agatha Christie novels.” She runs the Cozy Mystery Bookbub Club and was contacted by Netflix when they were doing research for the 2019 Jennifer Aniston film Murder Mystery. Bridge is also an antiques dealer, which feeds her love of history.

The character of Meg is in her 30s, which is young for a cozy mystery heroine. “The cozy audience is changing,” Bridge says, noting that the audience continues to get younger. “You get these fans that are really fans.”

For more on the Hamptons Home and Garden series, visit kathleenbridge.com